Home / Articles / WHAT IS SOCIALISM AND CAPITALISM? ITS MERITS AND DEMERITS.

WHAT IS SOCIALISM AND CAPITALISM? ITS MERITS AND DEMERITS.

Socialism and Capitalism are two different schools of thoughts.  Both are related to the living of social life, but in different way.  Government controls socialism while people directly control Capitalism   In the capitalism, people are free to get their property, and there-under to use it for their benefit in their own way. Government  directly control Socialism as well as the property of its people.  Both socialism and capitalism have their merits and demerits. 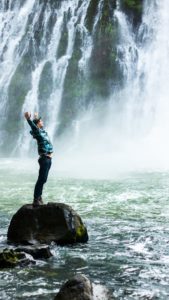 As discussed in the beginning, Government controls the socialism.  Every production is owned and controlled by the government in socialism.  Government is responsible to control the sources of the country and further distribute it among the people.  Moreover, State collects the taxes from the people.  People are the axes of any socialism society.  In the socialist societies, government is source of economy for their people and it plays the role of an employer.  State provides equal opportunities to rich as well as poor people.  In socialistic societies, government provides health facilities, education and major source of income to the people.  Government own all the products and resources in socialism.  To sum up, socialism provides equal opportunities to the people upon its resources.

In reverse to socialism, capitalism is owned by the people.  People are considered having the ownership of the property and they utilize it according to their plans.  All the chain of supply and demand and productions are in the hands of the people.  People can work and utilize their sources in their own business, and all the property is owned and controlled by them.   In capitalism, people are free in their business and government never interfere in their resources.

The main advantage of the capitalism is the supremacy of people.  They utilize their energy completely to boost their sources and produce the best products for the people as they face the competition in the market.  The rich people invest their property and increase the employment opportunities.  Apart from this, in the capitalist societies, most sources are in the limited hands.  The distribution of the wealth is in-equal in these societies.  Further, people with wealth and resources,  put their influence in the societies and also upon the stake holders.

In the socialistic societies, worker has supremacy.  There is no discrimination between the people.  All the opportunities are equal relating to health, education and other fundamental facilities.  Government is responsible to provide basic facilities to its people.  State own all the sources of production and after then make equal distribution among the people.  Furthermore, the main disadvantage of socialism is lack of competition.  In fact, there is no motivation and simultaneous among the people, because they consider themselves dependent upon the government.

COUNTRIES WITH SOCIALISM AND CAPITALISM.

Germany, South Korea, Bangladesh, The United Kingdom and USA   are  capitalist countries. In the same way, Denmark, Sweden, China, Canada, Finland and Norway are the example of socialist countries.  With the passage of so much times, these countries are still facing the merits and demerits of capitalism and socialism.

Previous Depression and Anxiety, its Symptoms and Treatment
Next Thesis on Law. Comparative study right to bail