Home / Articles / What is Fascism and its history

What is Fascism and its history

? It means dictatorship, ruled by one person through a military group.  It’s history lays in the era of 1919 to 1945, fascism dominated many societies and countries.  In-fact, after the word wars, ruling concept by one military dictator group emerged.  Example of Fascism is Benito Mussolini who is considered it herald.

History and Origin and Patriotism of Facism 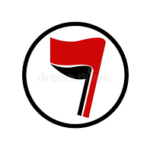 Its origin was patriotism.  One thing was common among all the Fascist groups.  They used special symbols for their affiliation like ax and other symbols of cloths.  Benito Mussolini was a first fascist leader.

Nationalism and Militarism were the basic characteristics of fascism.  Fascist group control all the sources of country including media and production.  Another characteristic of the fascism society was its male dominant factor.  Whereas, in simple words, Martial Law is the example of fascism.

German Nazi and Italy are the examples of Fascism.  Because both these countries were come into power after word war-1.  Adolf Hitler ruled Germany under the umbrella of fascism. Whereas, in the era of 20th century France, Spain and Argentina also came under influence of fascism.

SOURCE OF ORIGIN OF FASCISM

After the Word Wars, the whole world experienced severe economic conditions which resulted into Fascism groups. In addition, its origin was based on Nationalism. Furthermore, In fascism societies, most of the sources were spent to the military groups.  Usually, they want to dominate other countries through their military power.  One of the examples of its demerits is missing of  social progress.  Because all of the sources of countries were occupied by a same military group.