Home / Uncategorised / Effect of permission to import sugar and cotton from India.

Effect of permission to import sugar and cotton from India.

Effect of permission to import sugar and cotton from India. 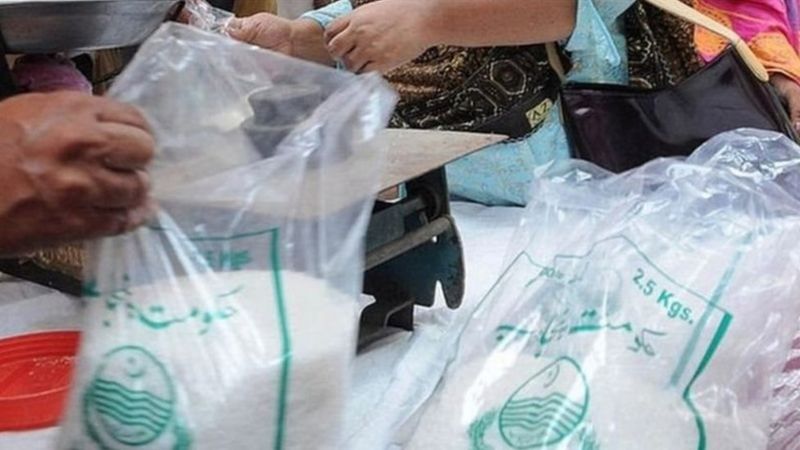 The meeting of the Federal Government’s Economic Coordination Committee was chaired by the country’s new Finance Minister Hamad Azhar. Hamad Azhar has recently been given the portfolio of Finance Ministry in place of Dr. Hafeez Sheikh. Pakistan’s Ministry of Commerce and Ministry of Textiles had recommended the import of sugar and cotton from India.

Experts and individuals in the fields of agriculture and agro-commodities have not termed the import of sugar and cotton from India as a positive development for an agricultural country like Pakistan, but said that this decision was necessary.

On the other hand, cotton is the most important and basic raw material of the country’s textile industry and the sector needs 13 million to 4 million bales to produce and export. The sector has to import cotton every year, but this year it is facing difficulties due to record decline in cotton crop and its dependence on imported cotton has increased.

PRODUCTION OF SUGAR IN PAKISTAN

It may be recalled that Pakistan’s permission to import sugar and cotton from India is a major breakthrough in bilateral trade after August 2019 when trade relations between the two countries were severed. However, in May 2020, Pakistan allowed the import of medicines and their raw materials from India so that there would be no shortage of drugs to fight the Corona virus epidemic.

EFFECT ON PRICES FOR IMPORTING SUGAR IN PAKISTAN

Federal Finance Minister Hamad Azhar told a press conference after the Economic Co-ordination Committee meeting that importing sugar from India would reduce its local price by 15 to 20 per cent.

Talking about the economic implications of allowing sugar and cotton imports from India, Shamsul Islam, vice-president of Karachi Chamber of Commerce and Industry and commodity expert, said that sugar imports have reduced the prices raised by the sugar lobby and stockists. Will happen

Shams said that there is no shortage of sugar in Pakistan even now but the sugar lobby and stockists have stockpiled its stock so that it can be artificially inflated to make illegal profits.

He termed the import of sugar from India as a positive development and said that due to large production of sugar in India, the price of sugar in Indian rupees is Rs. 26 per kg. Even if the cost of importing sugar doubles to Rs 52 per kg, its price will be much lower than Pakistani sugar.

However, Shams disagreed with determining the amount of sugar imports from India. He said that the government has allowed the import of 500,000 tonnes of sugar which means that the same amount of sugar will be taken out of stock and brought to the market. He said it would have been better if the quantity had not been determined.

EFFECT OF COTTON IMPORT TO PAKISTAN

Ehsanul Haq, an expert in the cotton sector, while talking about the decision to import cotton by June 30, 2021, said that the quantity of this import has not been determined which will be negative for the cotton sector and the domestic sectors of agriculture.

He said that by June 30, 2021, the textile sector could import as much cotton as it wanted from India, which would have a negative impact on cotton sowing as the import of large quantities of cotton would cost the local cotton crop. There is a risk of a shortage, which will discourage cotton growers.

He said the government should have determined the amount of cotton imported from India.

He said that at present the prices of cotton in the world market are low due to the US ban on importing cotton from the Chinese province of Xinjiang in the name of human rights violations. Currently, global cotton prices are at 78 to 80 cents per pound, which is lower.

However, Ehsanul Haq termed the import of cotton from India as a cheap source as according to him, cotton imported from the United States and Brazil is not only expensive but also requires a lot of time. He said that Indian cotton coming from India through Wagah border would reach textile mills in less time and at lower cost.

Dr. Chaudhry Inayatullah, an expert in the field of agriculture, said that the import of cotton would provide cheap raw materials to the value-added textile sector. But mismanagement is the reason.

He said that the agriculture sector was not among the priorities of the governments including the present government and was badly affected.

Dr. Inayat said that the government has come up with a solution to every problem so that if there is a shortage, import it immediately, but it is unable to play its real role. “In the case of sugar, too, sugar prices have been artificially inflated, but the government and its agencies, such as the Competition Commission, have failed to break cartilization.”

Previous How to make Honey without bees, milk without cows and buffaloes.
Next What are the characteristics of a genius.